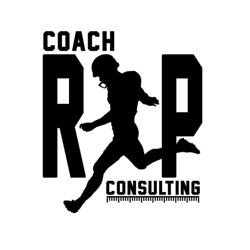 Beginning in September, 2020, 4th Down University welcomed Coach Chris Rippon to our team! Rippon is a veteran NCAA Division I football coach with significant experience at both the Bowl Subdivision (FBS) and Championship Subdivision (FCS) levels.

Rippon brings more than 37 years of collegiate football coaching experience to our staff, having been involved in over 130 victories at the NCAA Division I level.

Most recently, he served and finished his fifth year as Associate A.D. for Community Relations & Special Teams Consultant for the University of Mississippi. Rippon came to the Rebels from Columbia University where he served as Defensive Coordinator and coached the linebackers. For the first two months of 2015 he also served as interim Head Coach for the Lions.

At Marshall University, Rippon served as defensive coordinator and coached linebackers from 2010-2012. Under his direction at Marshall were defensive linemen Vinny Curry, safety Omar Brown and defensive tackle Delvin Johnson who all were drafted into the NFL.

Rippon served as special teams coordinator at Rutgers in 2008 and helped the Scarlet Knights to a win in the PapaJohns.com Bowl.

He has 19 years of NCAA FBS coaching experience that includes five years as defensive coordinator at Syracuse University and a total of nine years as a special teams coordinator with stops at Syracuse, Ole Miss and Rutgers.

During Rippon’s tenure at Syracuse, the Orange produced many record setting performances on defense and special teams that translated into one of the top eras in Syracuse history. His 1999 defensive unit was one of the nation’s top-15 defenses throughout the season and the following year Syracuse ranked in the Top 25 nationally in multiple defensive categories. The 2001 SU defense accumulated an impressive 40 quarterback sacks, the second most in school history, and forced 30 turnovers, the most takeaways during Pasqualoni’s coaching tenure at SU. His special teams units produced three All-American return specialists in Marvin Harrison, Quinton Spotwood and Kevin Johnson.

While coaching at Syracuse, Rippon was on the coaching staff of teams that won or shared the 1996, 1997, 1998 and 2004 BIG EAST Championships and participated in the 1996 Gator, 1997 Liberty, 1998 Fiesta, 1999 Orange, 1999 Music City, 2001 Insight.com and 2004 Champs Sports Bowl. He also coached in the 2002 Blue-Gray Senior Classic. Over the course of his career Rippon has coached 22 players that have been drafted into the National Football League, including five first-round draft picks.

Rippon is a 1982 graduate of Southern Connecticut State, where he played football and earned a degree in physical education. He received his master’s degree in agency counseling from Western Connecticut State in 1985. After graduating from Southern Connecticut, Rippon served as a graduate assistant at Western Connecticut State under Pasqualoni. He was promoted to defensive coordinator and assistant director of athletics in 1984 before being promoted to head coach when Pasqualoni left to join the Syracuse staff in 1987. After three seasons as head coach he moved on to Boston University where he spent three years as defensive coordinator. Rippon and his wife, Lisa, have four children: Christopher, Matthew, and twin daughters Jillian and Samantha. Below is a timeline of Coach Rippon’s coaching career.